The Sky Is Crying Review

The posthumously assembled ten-track outtakes collection The Sky Is Crying actually proves to be one of Stevie Ray Vaughan's most consistent albums, rivaling In Step as the best outside of the Greatest Hits collection. These songs were recorded in sessions spanning from 1984's Couldn't Stand the Weather to 1989's In Step and were left off of the LPs for whatever reason (or, in the case of Soul to Soul's "Empty Arms," a different version was used). What makes the record work is its eclectic diversity -- Vaughan plays slide guitar on "Boot Hill" and acoustic on "Life by the Drop"; he smokes on the slow blues of "May I Have a Talk With You" and the title track just as much as on the up-tempo Lonnie Mack cover, "Wham"; and he shows the jazzy side of his playing on Hendrix's "Little Wing" and Kenny Burrell's "Chitlins Con Carne." But it's not just musical diversity that makes the record work, it's also Vaughan's emotional range. From the morbidly dark "Boot Hill" to the lilting "Little Wing" to the exuberant tributes to his influences -- Lonnie Mack on "Wham" and Albert King on "The Sky Is Crying" -- Vaughan makes the material resonate, and in light of his death, "The Sky Is Crying" and the touching survivor-story ballad "Life by the Drop" are two of the most moving moments in Vaughan's oeuvre. 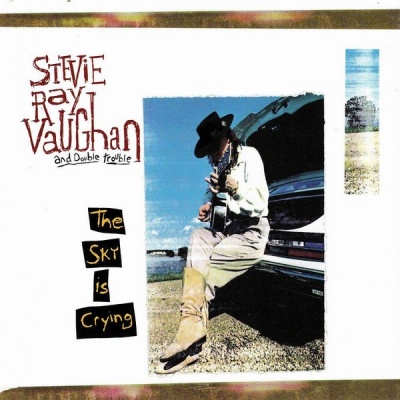 The Sky Is Crying Album Information