At its best, the Romantics' self-titled debut album sounds like the greatest album Shel Talmy never produced. The Detroit band's British Invasion-style power pop may not have been an especially original creation, but it was good enough that no one with a taste for high-voltage hooks would ever dream of complaining, and as a meeting of mid-'60s style and late-'70s volume and passion, it's all but flawless. The original songs, written by guitarists Wally Palmar and Mike Skill and drummer Jimmy Marinos, are a glorious pastiche of period pop styles (think the Kinks and the Easybeats with a bit of the Hollies thrown in for melodic appeal) played with a hard-stomping energy and a genuine love for the vintage style that doesn't reek of nostalgia. The production by Peter Solley is simple but smart enough to put both the hooks at the energy up front where they belong, and the Romantics never had a set of tunes this strong again; "What I Like About You" richly deserved its status as a hit single, and "When I Look in Your Eyes," "Tell It to Carrie" and "Girl Next Door" would have followed it up the charts in a just world. the Romantics didn't exactly reinvent the wheel with this album, but they sure knew how to make it roll, and for sheer party enhancing energy, this album is hard to beat. 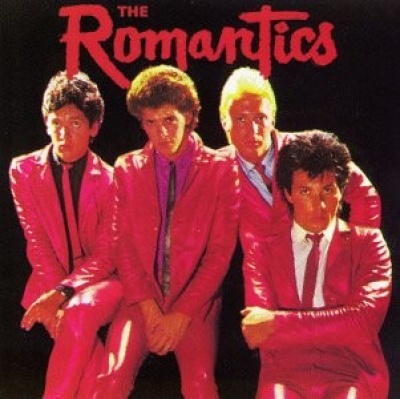