If you look at the cover of The Ramblin' Man, you would think that Waylon Jennings had been a ramblin' man, riding the top of the charts, for years, maybe decades. He looks worn out, whether it's on the close-up on the cover, or the back-cover shot of him drunkenly playing solitaire. In truth, it would be another album before he hit the top of the country charts and before outlaw country became hip. Still, this is the record where it all came home. If he had created a sketch of outlaw on Honky Tonk Heroes, he perfected the marketable version of it here, making it a little slicker, a little more commercial, and a whole lot more unstoppable. If the songs aren't the equal of Honky Tonk Heroes or even This Time, The Ramblin' Man has a wilder sound and a greater diversity of songs that make it seem more unruly than its immediate predecessor and more blatantly outlaw. This contains, after all, his first flat-out rock cover, with a good take on the Allman Brothers' "Midnight Rider," plus songs that play into the image of what an outlaw country singer is. There are moments of reflection, yet even those feed into the outlaw picture. Too bad many of the album tracks wind up being agreeable filler instead of knockouts. There aren't any bad cuts, and the entire thing holds together quite well, but it doesn't add up to a moment of transcendence the way Honky Tonk Heroes or its successor would. Still, with "I'm a Ramblin' Man," "Rainy Day Woman," and the heartbreaking "Amanda" on its side, plus highlights like "Oklahoma Sunshine," this is a first-rate Waylon record. [The 1999 Buddha reissue contains three bonus tracks.] 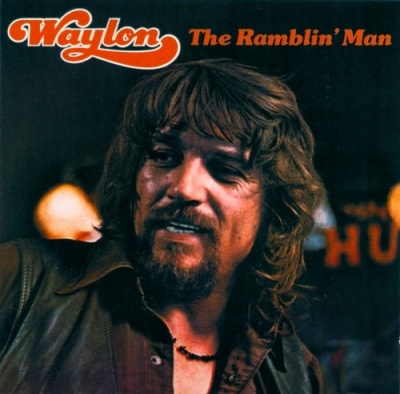