Mel Brooks' The Producers is based on an intriguing conceit -- a musical stage adaptation of a narrative comedy film about a Broadway musical play. It succeeds brilliantly, as the transferred work is funnier than the original film upon which it's based. Brooks reveals himself to be a highly capable songwriter for musical comedy, both satirizing and celebrating classic musical styles. "Springtime for Hitler" and "Prisoners of Love" remain from the film version, and Brooks comes up with another assortment of catchy tunes for the stage version, including "The King of Broadway," "Keep It Gay," and "That Face." The songs and book showcase Brooks at his zaniest, crudest, and most politically incorrect. His cause is ably aided and abetted by his stars, Nathan Lane (Max Bialystock) and Matthew Broderick (Leo Bloom). Their performances are both capable and witty. Brad Oscar (Franz Liebkind) and Cady Huffman (Ulla) also stand out among the solid cast. The Producers' (Original Broadway Cast Recording) is an excellent representation of the show, with key bits of dialogue from the book between the songs. It's the next best thing to seeing the actual play. 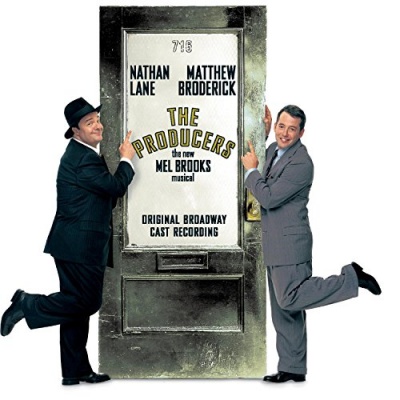