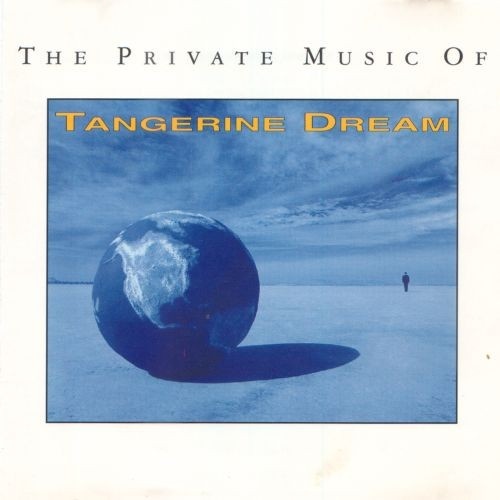 Tangerine Dream recorded four works for Peter Baumann's Private Music label between the years 1988 and 1990. The Private Music of Tangerine Dream distills these four works into a single disc, adding two "new" tracks at the end. Listeners who enjoy late-period Tangerine Dream are likely to enjoy this sampler, while earlier fans will no doubt squirm through the saxophone solo on "Long Island Sunset" and the faux fretless bass on "Electric Lion." While these songs represent a different chapter than the band's amorphous sound paintings and sequencer-driven journeys of the '70s, too much is made of their "de-evolution" into new age music. As early as Exit, Tangerine Dream began to streamline their music, incorporating heavier beats and coursing melodies while cutting the track time considerably. The music on Melrose, Lily on the Beach, and Optical Race is the present result of that refinement, a way station along the path that Tangerine Dream set out on years ago. Traces of the band's former masterworks can be found in "Three Bikes in the Sky," "After the Call," and "Dolls in the Shadow" if you listen. Yet, the fact remains that this compilation is best suited to listeners approaching Tangerine Dream from the new age side of the equation rather than musical adventurers looking to do a pulse check on their old friends. Despite some criticism to the contrary, the two unreleased tracks ("Roaring of the Bliss" and the unfortunately named "Beaver Town") are well worth hearing; they hardly shed any new light on the band, but they do provide an electric ending to this sometimes-humid collection.