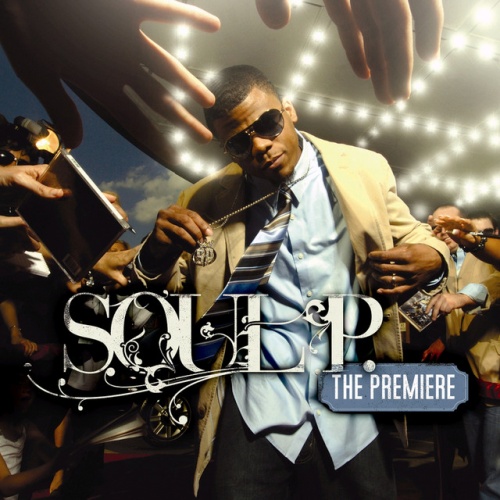 Following a pair of self-released discs, The Premiere is the major-label debut of Christian rapper Soul P., one of the rare explicitly religious hip-hop artists who potentially has a mainstream career waiting for him whenever he wants it. The lyrics -- which are positive but nondenominational, and only very rarely at all preachy -- are not what one first notices about The Premiere, but rather how self-confident and talented Soul P. is as a rapper. With the same blend of cockiness and humility that's Kanye West's stock in trade, but without the touch of crazy genius that makes West so compelling, Soul P. is a fleet-tongued, rhythmically gifted rapper who knows his way around a chorus. Bright and inventively arranged tunes like "Whoa Whoa!" have instantly memorable hooks and ear-grabbing samples, and even lesser tunes like the metaphorical "I'm the Street" are cleverly constructed enough to engage the listener even over the comparatively weak rhymes. Too long by at least 15 minutes or so, the best parts of The Premiere nonetheless make a strong case for Soul P. as an artist to watch.