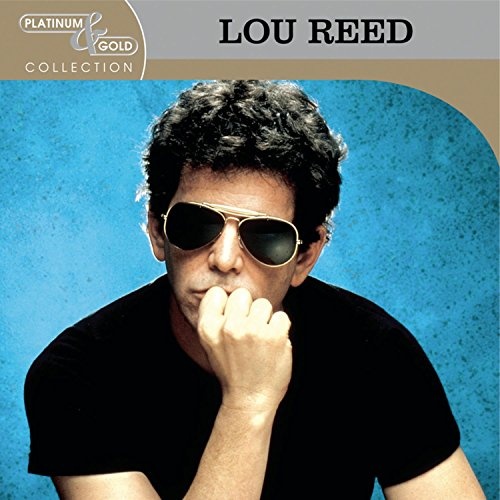 For a guy who has only scored one bona fide hit single in the course of 35 years, Lou Reed sure has more than his share of "greatest-hits" compilations in his discography, most of which make clear that his career doesn't lend itself to an especially coherent single-disc overview, primarily because of the stylistic diversity and creative ups and downs of his work (especially in the '70s and '80s, the primary focus of this set). The Platinum & Gold Collection, Reed's installment in BMG's new series of uniform "best-of" packages, is typically spotty and even misses a few of his best-known tunes (most notably "Perfect Day" and "Sweet Jane"), but unlike most similar albums it doesn't shy away from the grittier side of Reed's repertoire. The bitter wrath of "Temporary Thing," the cool rage of "The Gun," and the self-accusing blast of "Shooting Star" all make the cut alongside more user-friendly material such as "Walk on the Wild Side," "Satellite of Love," and "I Love You, Suzanne," and while the chronological sequence of this album might seem a bit lazy, it makes sense in terms of documenting the twists and turns of Reed's songbook. The definitive Lou Reed compilation still waits to be assembled, and The Platinum & Gold Collection sure doesn't hit that mark, but it comes a bit closer than a number of more ambitious attempts, and is mastered with a reasonable degree of care. Better than average as such things go, if not by much.