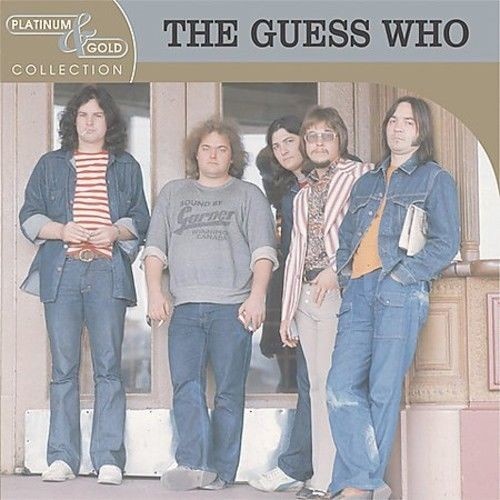 Universal has their 20th Century Masters series, EMI has its Classic Masters, Sony has Essentials -- now, BMG/RCA inaugurate their own uniform hits-collection series with The Platinum & Gold Collection, billed as "a series of superstar compilations that feature the best-known songs from all-time favorite artists, along with rare photos, informative liner notes and digital remastering for the best sound possible. The #1 place to find the 'best of' is The Platinum & Gold Collection." This, of course, is the intention of all the aforementioned series, and it's been a welcome trend for the most part, because three of the template-setting series have been very good in providing collections with all the hits. However, it took them a little while to find their footing and, based on the Guess Who's installment of Platinum & Gold, it will take this series a little time to find their footing as well. This does boast a tight 12-track sequencing and good notes from John Einarson ("the author of American Woman: The Story of the Guess Who"), but the rare photos aren't really rare (and there's only four of them, some tinted) and, worst of all, this does not really contain all the big hits. "Laughing," "No Sugar Tonight/New Mother Nature," and "Share the Land" are the most egregious omissions, but "Rain Dance" and "Clap for the Wolfman" are also missing. Nevertheless, those first three need to be on any truly effective, concise 12-track collection along with "These Eyes," "No Time," "Undun," "American Woman," "Hand Me Down World," and "Albert Flasher," which are the big songs that are here. It makes for a nice enough listen, but these songs don't erase the big songs that are missing -- and if BMG/RCA really wants to compete with the Essentials and 20th Century Masters lines, they're going to need to not leave some good stuff in reserve. They're going to have to put them all on one disc, which is what they should have done here.