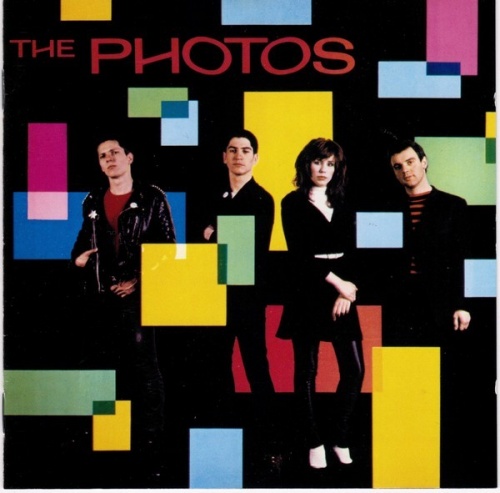 The Photos were a young punk band from Evesham, Worcestershire, originally called Satan's Rats featuring Steve Eagles on guitar, Dave Sparrow on bass, and Olly Harrison on drums, but when they recruited a good-looking female vocalist going by the name of Wendy Wu in 1979, they changed their name to the media-friendly Photos and recorded and released just one album of new wave pop that unfortunately, despite the band's denial, sounded almost identical to the music of Blondie from the era of their first two albums, Blondie and Plastic Letters. Prior to the debut album, a four-track EP was released featuring the tracks "Irene," which was later to become the band's only hit single, albeit peaking at a miserable number 56, and "Barbarellas," about the closing of a local nightclub. The original vinyl and cassette album was just 12 tracks, but when finally transferred to CD in the late '90s, they added an additional 11 tracks from the Blackmail Tapes sessions that were never originally released. The Photos included the single "Irene" and "Do You Have Fun," which they were due to perform on Top of the Pops before an industrial dispute took the show off the air. Most of the tracks were bouncy new wave pop, although the pace slowed down on the track "Friends," which, unusually, was over four minutes long, and they attempt a reggae beat similar to many Police tracks on "Loss of Contact" and "She's Artistic." The album ended with the soulful Dusty Springfield classic "I Just Don't Know What to Do with Myself." The album hit number four in 1980, and for a brief while, Wu's face was regularly in the music press, but Blondie had already moved on, away from the new wave scene, having conquered the world with Parallel Lines, while the Photos' second album, Crystal Tips and Mighty Mice, was recorded but never released. Incidentally, this Wendy Wu had absolutely nothing to do with the actress Brenda Song playing a character of the same name in the Disney TV movie Homecoming Warrior.