Sony's 2007 deluxe box set The Music of Star Wars will undoubtedly excite avid collectors, but anyone who already has the soundtracks to Episode IV: A New Hope, Episode V: The Empire Strikes Back, and Episode VI: The Return of the Jedi will probably find the extras included here a poor return for the expense. Yes, it's cool to have these soundtracks reissued in small replicas of their original LP jackets, and the bonus Star Wars: The Corellian Edition (a greatest-hits compilation from all six Star Wars movies) and the CD-ROM of vintage graphics will make this set desirable for many. But there is little incentive to acquire this hefty collection if you've been a devoted fan who already owns the essentials. There is a sense of overkill here that may feel familiar from previous reissues of the soundtracks and the VHS and DVD Special Editions of the films, as well as a feeling of incompleteness (where is that embarrassing Ewok Song that's been cut from the revised version of Return of the Jedi?); it's possible that purchasers of this 30th anniversary edition will have to face some other configuration of the same material in future reissues. But all these caveats apply only to Star Wars addicts, who will likely disregard them and splurge on this compendium anyway. For everyone else, such as those who may be somewhat interested in the saga and attracted to John Williams' epic music, this set may be a good gift idea. 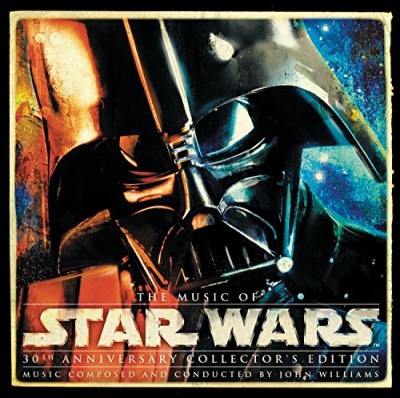