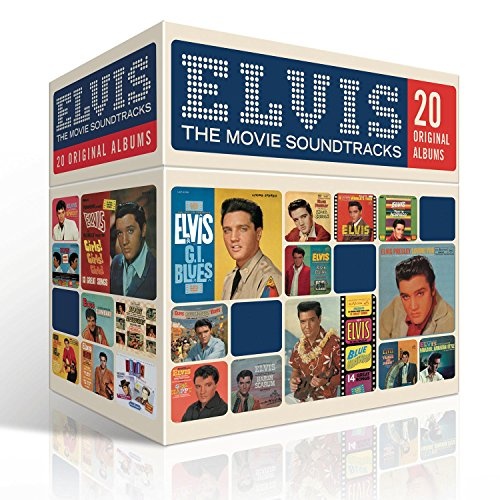 With over 30 films to his name, most of them musical in nature, Elvis Presley has an abundance of soundtrack recordings to draw from. The 2014 box set The Movie Soundtracks: 20 Original Albums brings together almost all of these soundtrack recordings. Remastered and presented individually packaged in mini-reproductions of the original vinyl LP sleeves, these albums represent the bulk of Presley's film-related output. Included here are such soundtracks as Loving You, Jailhouse Rock, King Creole, G.I. Blues, Blue Hawaii, and many others. Also featured is the long out of print soundtrack to Speedway, which includes the Nancy Sinatra number "Your Groovy Self." If you are looking to get the most Elvis soundtracks in one place, this is the collection to start with.