By the mid-1960s, retreating from the rock & roll onslaught, that old-time staple of the pre-rock days, the big romantic ballad, had been relegated to Hollywood, where it turned up in the opening and closing credits of movies. Like other classic pop singers, Tony Bennett had sought it out there, and with this album, coincident with his first (and last) acting role in The Oscar, he devoted himself exclusively to movie themes, everything from "The Trolley Song" (Meet Me In St. Louis) to "Days Of Wine And Roses." Some of the tunes were not first-rate, but in "The Shadow Of Your Smile" and "The Second Time Around" (previously recorded by Frank Sinatra), Bennett found material worthy of him, and even when he was faced with minor material, be sang movingly. 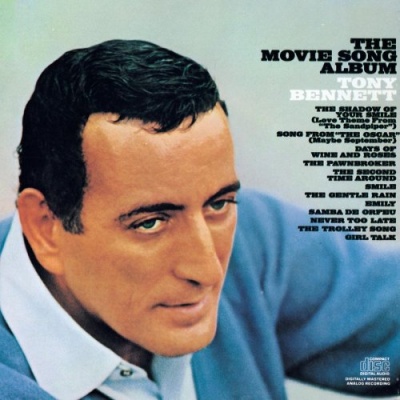