The Miseducation of Lauryn Hill Review

Though the Fugees had been wildly successful, and Lauryn Hill had been widely recognized as a key to their popularity, few were prepared for her stunning debut. The social heart of the group and its most talented performer, she tailored The Miseducation of Lauryn Hill not as a crossover record but as a collection of overtly personal and political statements; nevertheless, it rocketed to the top of the album charts and made her a superstar. Also, and most importantly, it introduced to the wider pop world an astonishingly broad talent. Hill's verses were intelligent and hardcore, with the talent to rank up there with Method Man. And for the choruses she could move from tough to smooth in a flash, with a vocal prowess that allowed her to be her own chanteuse (à la Mariah Carey). Hill, of Haitian heritage, rhymed in a tough Caribbean patois on the opener, "Lost Ones," wasting little time to excoriate her former bandmates and/or record-label executives for caving in to commercial success. She used a feature for Carlos Santana ("To Zion") to explain how her child comes before her career and found a hit single with "Doo Wop (That Thing)," an intelligent dissection of the sex game that saw it from both angles. "Superstar" took to task musicians with more emphasis on the bottom line than making great music (perhaps another Fugees nod), while her collaborations with a pair of sympathetic R&B superstars (D'Angelo and Mary J. Blige) also paid major dividends. And if her performing talents, vocal range, and songwriting smarts weren't enough, Hill also produced much of the record, ranging from stun-gun hip-hop to smoother R&B with little trouble. Though it certainly didn't sound like a crossover record, The Miseducation of Lauryn Hill affected so many widely varying audiences that it's no surprise the record became a commercial hit as well as a musical epoch-maker. 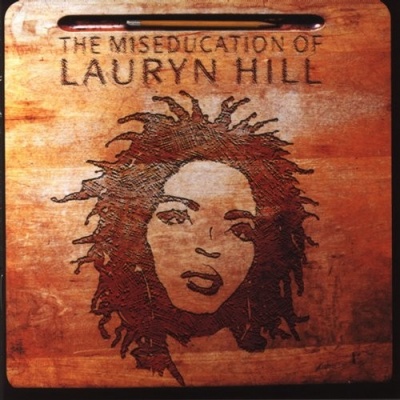