While most of the players in the jazz-rap movement never quite escaped the pasted-on qualities of their vintage samples, with The Low End Theory, A Tribe Called Quest created one of the closest and most brilliant fusions of jazz atmosphere and hip-hop attitude ever recorded. The rapping by Q-Tip and Phife Dawg could be the smoothest of any rap record ever heard; the pair are so in tune with each other, they sound like flip sides of the same personality, fluidly trading off on rhymes, with the former earning his nickname (the Abstract) and Phife concerning himself with the more concrete issues of being young, gifted, and black. The trio also takes on the rap game with a pair of hard-hitting tracks: "Rap Promoter" and "Show Business," the latter a lyrical soundclash with Q-Tip and Phife plus Brand Nubian's Diamond D, Lord Jamar, and Sadat X. The woman problem gets investigated as well, on two realistic yet sensitive tracks, "Butter" and "The Infamous Date Rape." The productions behind these tracks aren't quite skeletal, but they're certainly not complex. Instead, Tribe weaves little more than a stand-up bass (sampled or, on one track, jazz luminary Ron Carter) and crisp, live-sounding drum programs with a few deftly placed samples or electric keyboards. It's a tribute to their unerring production sense that, with just those few tools, Tribe produced one of the best hip-hop albums in history, a record that sounds better with each listen. The Low End Theory is an unqualified success, the perfect marriage of intelligent, flowing raps to nuanced, groove-centered productions. 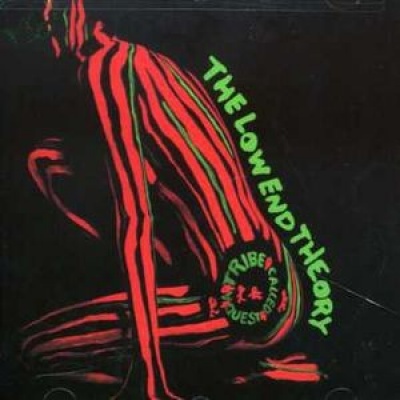