As one of the few American singer/songwriters whose legacy rivals Hank Williams, it’s no surprise that Bob Dylan was entrusted with a collection of lyrics Hank left behind, the idea being that Dylan could set them to music. Dylan decided it was a project too big for one man so he recruited a number of like-minded artists to turn these words into songs, choosing artists with some measure of debt to Williams no matter their purported stylistic designation. That said, it is the country singers -- Alan Jackson, Vince Gill and Rodney Crowell, Merle Haggard -- who, along with Dylan, create songs that stay true to Williams’ melodies and aesthetic, Haggard tackling a religious text, Gill and Crowell reviving Hank’s midsong recitation, and Jackson effortlessly evoking classic postwar honky tonk. These are songs whose structure and sound are right in line with Hank's classic work, but the rest of The Lost Notebooks is a little more malleable, at least in terms of arrangement. Jack White and Norah Jones produce work that’s recognizably their own -- White’s voice cracks over a ramshackle rhythm, Jones sighs like a lullaby -- yet these feel like reinterpretations of old Hank tunes, as does Levon Helm’s woolly “You’ll Never Again Be Mine,” with only Sheryl Crow’s “Angel Mine” and Jakob Dylan’s “Oh, Mama, Come Home” edging close to melodies that you’d hear on their respective solo records. Even then, Crow and the younger Dylan hardly play loose with the material; they treat it with respect but not undue reverence, something that unites all the artists here. On the surface of things, this is a bit of an odd task, taking left-behind lyrics from one of the great songwriters and breathing life into them. But nobody here seems intimidated; they seem honored -- and there are some pretty good songs that come out of the project, particularly those by Jackson, Haggard, White, Jones, Gill and Crowell, and the Bard himself, who helped shepherd this fantasy project into something real, imperfect, and resonant. 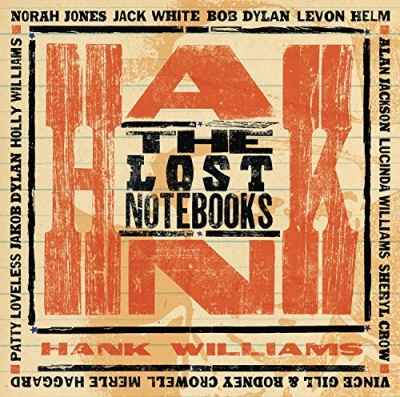