The Lion King: The Gift Review

For the 2019 CGI retelling of Disney's classic animated film The Lion King, Beyoncé wore multiple crowns for the project, not only voicing the adult Nala but also curating the companion compilation/soundtrack, The Lion King: The Gift. Not to be confused with the reimagined score/soundtrack featuring Hans Zimmer, Tim Rice, Lebo M., Elton John, and Beyoncé herself, The Gift recruits a roster of African talent and American hip-hop/R&B acts to create a buoyant hybrid of futuristic, cross-Atlantic Afro-pop. Like a similar big-screen epic about a regal feline, this expertly curated collection is an artistic showcase celebrating Africa and black musical traditions, elevating the movie experience with strategic thematic interludes that could help this album endure far longer than the film. Also, like Kendrick Lamar did with Black Panther, Beyoncé is careful not to overshadow the burgeoning talents on display here, inserting herself when appropriate and evenly distributing her own songs throughout the set's expansive track list.

Representing Nigeria, Tekno, Yemi Alade, and Mr Eazi form a formidable trio on the menacing highlight "Don't Jealous Me," while Burna Boy delivers a smooth "Ja Ara E." Later, Tiwa Savage teams with Eazi on the fun "Keys to the Kingdom," and Wizkid joins Guyanese rapper Saint Jhn, Beyoncé, and her daughter Blue Ivy Carter on the wholesome, empowering "Brown Skin Girl." Ghanaian reggae artist Shatta Wale collides with Major Lazer's trademark dancehall-pop on the thumping "Already." Meanwhile, a team of South African artists contributes to another standout, the explosive "My Power." Along with rising American rapper Tierra Whack, Nija, and Beyoncé, Busiswa and Moonchild Sanelly deliver verses in Zulu and isiXhosa, hailing the coming king with an undeniable blend of defiance and fierce pride. Even the relative downer "Scar" -- a dramatic denouement told from the titular villain's perspective -- captures the imagination and attention, due to the dedicated performances of North American singer/rappers 070 Shake and Jessie Reyez. These collaborations are effortless in their execution, making The Gift feel more like a joyous party or family affair rather than a Beyoncé vanity project.

On her end, Beyoncé does deliver a handful of showstoppers, including the inspirational de facto opener "Bigger," where she connects real-world themes of family, parenthood, and birthright, singing not only to Simba, but her own children, and "Find Your Way Back (Circle of Life)," another buoyant lesson of empowerment. "Mood 4 Eva" is a classic Beyoncé anthem featuring partner Jay-Z, film co-star Donald Glover, and enough quotable lyrics to emblazon an entire store's worth of T-shirts. As with the official score/soundtrack, The Gift closes with the unbearably uplifting "Spirit," a shiver-inducing anthem packed with enough power to inspire anyone to seize their destiny atop their own personal Pride Rock. On The Lion King: The Gift, Beyoncé deftly connects a kid's flick to something bigger, honoring not only Africa and its traditions but also shifting perspective to future destiny and greatness. It's a superior statement and a lesson on how to properly execute a winning soundtrack. 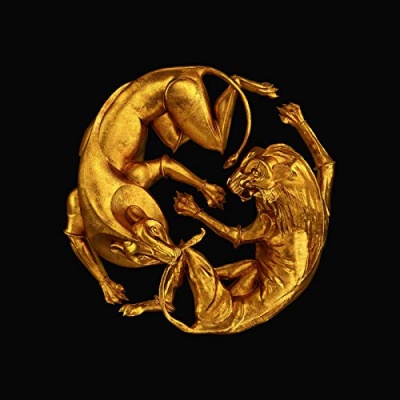