Aventura didn't become the kings of bachata by deserting their large and devoted fan base to cater to the mainstream, and it's no different on The Last -- despite the fact that the album includes features for a parade of crossover suspects: Wyclef Jean and Ludacris on one track, plus Akon and Wisin y Yandel on another. No, the lead track on The Last -- the number one Latin hit "Por un Segundo" -- is straight bachata, rhythmic and sweet, and there happen to be plenty of tender ballads to follow it. Not only that, but the crossover features are held to the last half of the album, where Wyclef Jean produces his own surprisingly sugary "Spanish Fly," and Akon and Wisin y Yandel appear on the Auto-Tuned reggaeton track "All Up 2 You." As usual, the band is anchored by Santos brothers Lenny and Max, along with longtime collaborator Eric "Bori" Rivera. Consolidating the quartet's power, The Last became Aventura's biggest album hit yet, reaching number five on the charts. 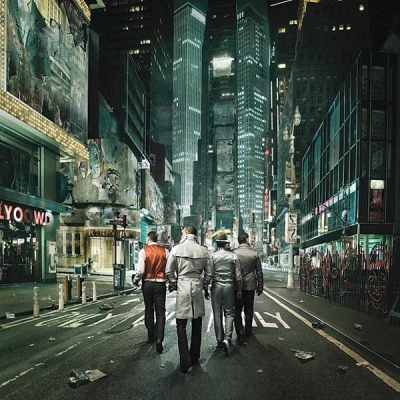