The Labyrinth Tour: Live from the O2 Review

Four years after winning The X-Factor, and three years after scoring a transatlantic number one with the anthemic "Bleeding Love," the most successful talent contest winner in history, Leona Lewis, finally got the chance in front of a live audience to showcase the effortlessly versatile vocals that propelled her to world stardom. Recorded at the O2 Arena in London, The Labyrinth Tour: Live from the O2 is a souvenir of her well-received theatrical 2010 concert, which silenced the critics who suggested that her nice-but-inoffensive persona may hinder any ambitions of staging a diverting live show. Inspired by the classic 1980s David Bowie film of the same name, the William Baker-designed production, which featured elaborate fantasy sets, state-of-the-art lighting, and some rather unexpected choreography, might be irrelevant when considering the live album, but the excitement and passion generated by both Lewis and the full-capacity crowd can still be heard in all its glory throughout its ten tracks. With Lewis backed by a live band, guided by musical director Paul Beard, the glossy sheen of her well-produced two albums is replaced with a more funked-up, organic-sounding flavor, which only complements her consistently faultless live vocals. Of course, Lewis is at her best when belting out the power ballads, whether it's her epic cover version of Snow Patrol's "Run," her emotional rendition of "Happy," or her gorgeous interpretation of Roberta Flack's "The First Time Ever I Saw Your Face." But surprisingly, The Labyrinth Tour reveals, perhaps for the first time, that she can tackle uptempo material almost as convincingly, with a club-inspired segment featuring Echo's pulsating "Outta My Head" and a more than competent attempt at electro with a cover of Eurythmics' "Sweet Dreams (Are Made of This)," proving that she might not be as far removed from the likes of Rihanna and Lady Gaga as her singles suggest. However, unlike the tour itself, whose 20 performances are featured on a DVD also included, the CD version only clocks in at under a disappointing 50 minutes, with half of the show's material, including Top 20 hits "Forgive Me" and "I Got You" and covers of Barry Manilow's "Could It Be Magic" and Justin Timberlake's "Cry Me a River," bizarrely omitted. Considering that the live performances stand up just as well in audio form as they do visually, it's an unnecessary move, which denies listeners the chance to hear the full spectrum of Lewis' diverse set. However, despite its shortened track list, The Labyrinth Tour: Live from the O2 is still a worthwhile listen for any fans who missed out or who want to relive one of the most impressive live spectacles of the year. 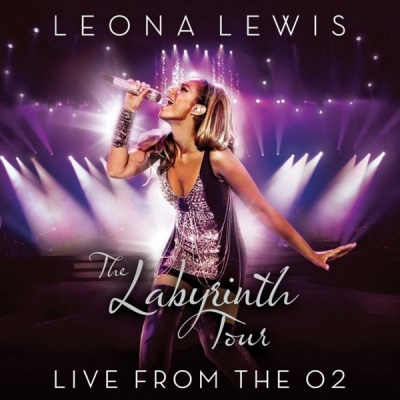 The Labyrinth Tour: Live from the O2 Album Information