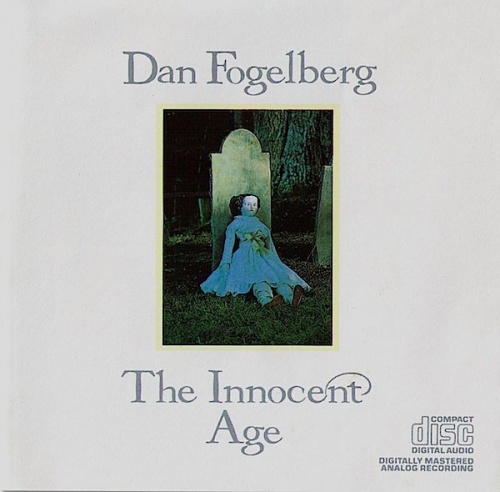 With The Innocent Age, Dan Fogelberg created the most ambitious, successful, and creative recording of his career and one that in retrospect was actually quite underrated. A sprawling, conceptual song cycle, the double album traces the stages of life from the cradle to the grave. Beautifully orchestrated, imaginatively conceived, and obviously well thought out, it works as an artistic statement and also includes some of Fogelberg's most universally appealing and commercially successful music. "Leader of the Band" (about his father) and "Same Old Lang Syne" (about an old girlfriend) have a timeless quality and were big hits. As bold as the album was, Fogelberg acknowledged the importance of his influences and those who inspired him to attempt to reach such lofty musical heights by thanking a long list of music notables in the liner notes. A truly outstanding effort and a major work, The Innocent Age is a recording of a caliber that few artists could achieve; and the fact that it was so commercially successful is a testament to the enormous gifts and appeal of this multi-talented artist.