Mott was so good that the sequel, appropriately named The Hoople, has been unfairly dismissed as not living up to the group's promise. No, it doesn't compare to its predecessor, but most records don't. The bigger problem is that Mick Ralphs chose to leave during the supporting tour for Mott, leaving Ian Hunter as the undisputed leader of the group and subtly changing the character of the band's sound. Even with Hunter as the band's main songwriter, Ralphs helped shape their musical direction, so without a collaborator in hand, Hunter was left without a center. It isn't surprising that the record seems a little uneven, both in terms of songwriting and sound, but it's hardly without merit. "Roll Away the Stone," a leftover from Mott, is first-rate; "Crash Street Kidds" rocks viciously; "The Golden Age of Rock & Roll" is a pleasant spin on Bowie-esque nostalgia (think "Drive-In Saturday"); and Overend Pete Watts follows through on that theme with "Born Late '58," a perfectly credible rocker. This all makes The Hoople an entertaining listen, even if it doesn't compare to Mott's earlier masterpieces. 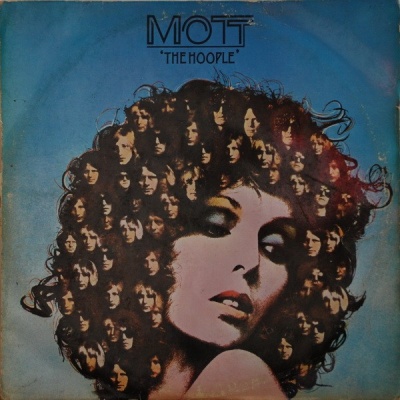