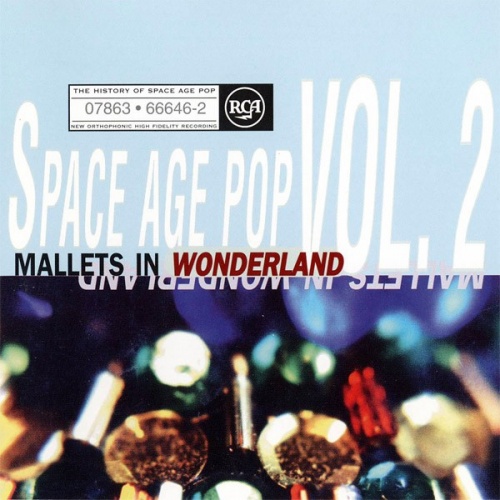 The focus of this volume of Space Age Pop, as the title implies, is on percussion instruments. Within the space age pop rubric, this didn't just mean drums, but all sorts of exotic (by the standards of the '50s and early '60s) touches on vibes, xylophones, bongos, steel drums, and even some instruments more associated with ethnomusicology studies, such as the Burmese gong. The music itself, though, isn't much different from what's found on other Space Age Pop volumes: imaginative easy listening, sometimes goofy, sometimes bizarre. In fact, some of the same artists on other volumes reappear here (the Three Suns, Henry Mancini, Esquivel, Perez Prado). Fun, if hardly profound, stuff with some cheesy quasi-ethnic flourishes of Latin and South Pacific rhythms. Martin Denny fans will enjoy the exotica-like outings of the wonderfully named Markko Polo Adventurers, particularly on "Rain in Rangoon."