Establishing himself as the last of a particular breed, Robbie Williams makes his pop comeback on The Heavy Entertainment Show. Aptly titled, Williams is entertaining as ever, a consummate showman until the end. The album is a grab bag of ideas, darting here and there in its pursuit of a hit. However, this isn't too much of a distraction. Mr. Entertainment and his bombast do not disappoint. The Heavy Entertainment Show is his most invigorated album in years, a truer return to the pop realm than 2012's Take the Crown. Here, Williams dresses up his antics in expert production with plenty of cheekiness to spare. As the show begins, Williams announces "the charisma's non-negotiable" and "I'm about to strip and you're my pole." He's cocky, crass, and utterly engaging as a chorus of backup singers add, "He would sell his children for a hit in Belgium!" Few pop stars can pull this off, yet from Williams, it's almost comforting to see him once again embrace his braggadocious ringmaster persona. Longtime producer Guy Chambers makes his return to Williams' circus, along with a number of high-profile guests. The Killers-penned "Mixed Signals" is an open-road epic that sounds like a Battle Born castaway, while Ed Sheeran and Benny Blanco join forces for the stomp-twang Avicii-lite "Pretty Woman." Rufus Wainwright contributes songwriting and his velvety voice to a trio of brassy tunes, kick-stepping alongside Williams on the aforementioned title track, as well as "Hotel Crazy" and the grand outro "Sensational." "David's Song" -- penned by Jewel and Kara DioGuardi -- is a heart-rending soft rock ballad that overwhelms with a powerful closing guitar solo and orchestral swell. However, it's producer Stuart Price who proves most valuable. In addition to the Killers track, he injects the album with a pair of addictive standout synth numbers. Highlight "Bruce Lee" is a Bowie-stomping glam number that struts its way through the pack, while "Sensitive" amps up the sensuality with echoing synths, handclaps, and juicy bass. Elsewhere, there are a couple love-or-hate tracks that stick out. The Prokofiev-sampling lead single "Party Like a Russian" -- which sounds like something Muse would use to dramatically start a show -- is big on drama and creativity, but might rub some listeners the wrong way with its cultural generalities. Meanwhile, the boldly titled "Motherfucker" seems like it's trying a little too hard to shock, yet it's the finest example of Williams' schtick. A heartwarming dedication to his young son, it is ridiculous yet completely uplifting. As it explodes into a guitar-drenched Oasis B-side, Williams recites a litany of family woes that could affect his offspring. It'll make grandma blush, but at the heart of it all, he's confident that his son will "break the chain" of sin. Despite that title and explicit lyrics, Williams allows some sincerity to shine through the sophomoric, remaining hilarious and full of heart. Eleven albums in and he's still one of the most likable acts around, truly one of a kind. 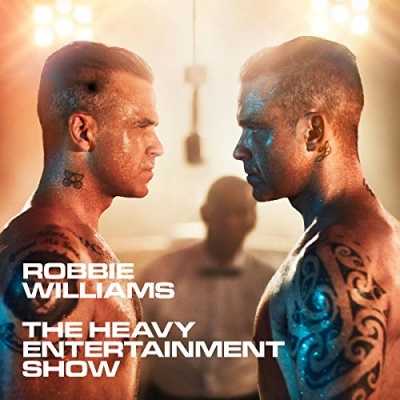