The Sony label seems to be betting it can set a new recycling record with these many-times-reissued Handel performances, which go back as far as 1960. Handel's big choruses stand up to being done by the likes of the Mormon Tabernacle Choir and Royal Philharmonic Chorus heard here (the latter in the "Hallelujah" chorus), for they were meant as big public spectacles. The listener new to Handel should know, however, that he worked with an ensemble perhaps one-fifth the size of the Philadelphia Orchestra that plays a suite from the Water Music here. There's nothing really wrong with performances like these, aside from the fact that the LP sound hasn't made a very successful transition to CD, but the music on the album seems to have been thrown together with no real concept in mind; it even includes a German aria, "Dank sei dir, Herr" (the comma is in the wrong place in the track list, giving one an idea of the care lavished on this project), that Handel did not compose. The track list even says so. Greatest-hits albums of this kind are inevitable and even desirable ways of drawing new listeners to classical music's top composers, but they need to be put together with the same attention any other release would receive, and that hasn't happened here. If you are one of those new listeners, be aware that Decca's two-disc Essential Handel set is a better choice. Better still is to take one work -- the Ode for St. Cecilia's Day, perhaps, with its apocalyptic vision -- and get to know it thoroughly. 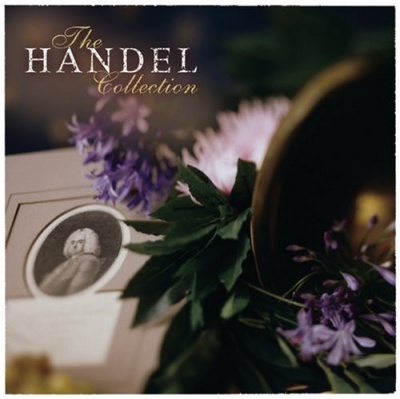