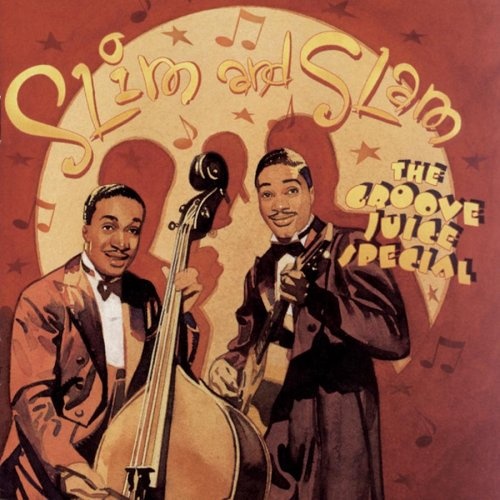 Singer/guitarist Slim Gaillard and bassist Slam Stewart made for a frequently hilarious and outrageous team. Gaillard's jive talk and the basic but memorable originals (best-known of which is "The Flat Foot Floogie") made Slim & Slam a popular group in the late '30s. All of their joint recordings were reissued in a perfectly done box set for Affinity a few years ago, so this single disc pales in comparison. and since eight of the 20 numbers that are included here are alternate takes (including "Floogie"), this is not quite a definitive introductory or greatest-hits set either, although beginners should be delighted by the music. The performances (which sometimes includes such guests as trumpeter Al Killian, clarinetist Garvin Bushell, drummers Kenny Clarke and Chico Hamilton and tenor great Ben Webster) are quite fun, but a bit more planning should have gone into the programming.