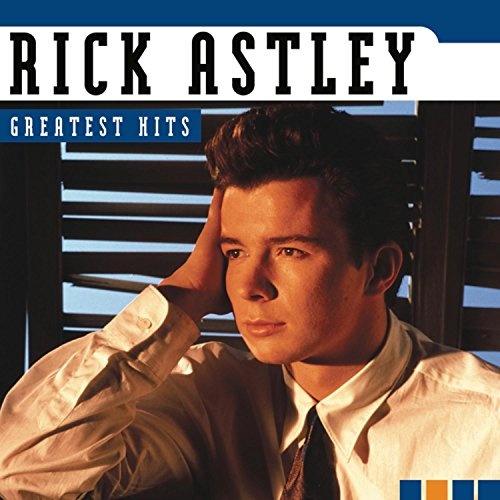 The folks at BMG Heritage did a wonderful job assembling Rick Astley's long-overdue Greatest Hits, for it succeeds in presenting a definitive and complete collection of the 1980s pop sensation's U.S. and U.K. hits. Not only does this set include all of his singles, it also boasts excellent liner notes, photographs, and chart positions. Included are his American chart-toppers "Together Forever" and "Never Gonna Give You Up," the latter arguably one of the 1980s' most recognizable songs, as well as all of his other Top Ten hits, including the Motown-ish "It Would Take a Strong, Strong Man," "She Wants to Dance With Me," and the 1991 ballad hit "Cry for Help." All of Astley's U.K. hits are accounted for, including "When I Fall in Love" and its non-album B-side, "My Arms Keep Missing You," "Take Me to Your Heart," "Whenever You Need Somebody," and "Hold Me in Your Arms," as well as lesser-known singles such as "Hopelessly," "Move Right Out," "Giving up on Love," and "The Ones You Love." Despite the years and changes in musical trends, the songs on this collection still sound fresh and Astley's voice always packs a wallop and leaves one with the undeniable impression that he was much more than a passing fad; he was, in fact, an extremely underrated and timeless talent who should be remembered as much more than simply a late-'80s pop phenomenon.