In 2003, could there be anything more desirable in country music than George Jones reunited with "retired" producer Billy Sherrill? Hardly. Some will complain that the pair should have worked on an album of countrypolitan or love or drinking songs instead of a two-CD, 24-track collection of gospel tunes, but that's just cryin' in their beer. After all, this is a George Jones record, and there isn't a thing the man sings that doesn't have the weathered sound of whiskey, women, and toil in the honky tonks. Jones was supposedly inspired to make this recording during his long recovery from a serious car wreck and a subsequent case of pneumonia. Musically, the material is choice, striking, moving, and full of emotion. Jones is incapable of singing gospel music without emotion. The set is split along traditionals such as "Amazing Graze," "Just a Closer Walk With Thee," "Swing Low, Sweet Chariot," "Peace in the Valley," "The Old Rugged Cross," and about eight others, and classic country gospel tunes like Stuart Hamblen's "It Is No Secret," Cleavant Derricks' "Just a Little Talk With Jesus," the Vaughan/Rowe staple "If I Could Hear My Mother Pray Again," and the Jimmie Davis/Jack Campbell stalwart "I Know a Man Who Can." What matters ultimately is the performance, though, since Jones has released other gospel collections on various labels. Sherrill's silky soundscapes add a lot to Jones' voice, which is no longer the instrument it once was. There is no doubt he is still a great singer, but his ability to throw his voice around and hit the higher notes in his baritone register is all but gone. With his more limited stylistic vernacular, however, Jones digs deep and gets the tunes across, making them swing and sway with emotion and honky tonk swagger. The edges one can hear now are far from crags and they do add a certain hard-won wisdom and change to his sound, but one can't help but miss the smooth delivery of his earlier years. Nonetheless, these songs ring truer than any collection of gospel music Jones has ever released, thanks to Sherrill being able to get the finest performance possible out of him. If you had to pick one Jones gospel record, it should be this one, hands down. 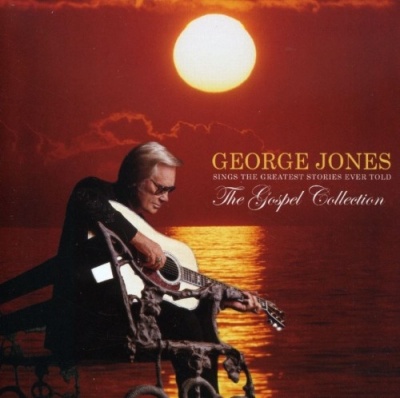