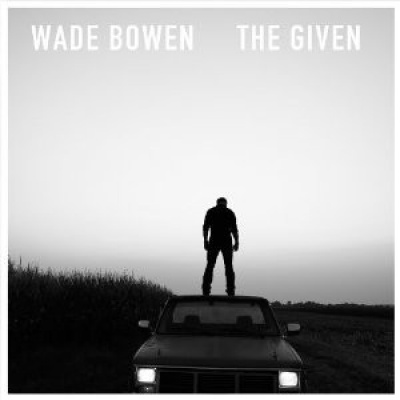 Like so many "Texas artists," Wade Bowen's cross-pollinated roots music -- long on steel, songwriting, and a dusty earnestness -- has enough tinges of country that it was only a matter of time until Nashville came calling. Working with producer Justin Niebank, best known for his work on Vince Gill's all-genre Album of the Year Grammy-nominated box set These Days, the Waco-born and New Braunfels-residing songwriter manages to straddle the polemics of "mainstream Nashville" and being a "Texas artist" -- while avoiding the bloat and slickness that drowned Jack Ingram and Pat Green -- on The Given, his Nashville major-label debut. What emerges is an intriguing streak of manly romanticism, a sort of heal-the-heartbreak song cycle that will lure women and allow men to break down without losing their dignity. Whether it's the Foster & Lloyd-evoking "Saturday Night," which is all cynicism and memories, "Say Anything"'s realization that a person can simply need company to drown out the pain, beyond all the pick-up tricks employed to that end, or the tragically realistic cost of being right in "A Battle Won," the songs reflect honest people struggling with what they've lost and how they feel, and realizing they did it to themselves. The churning "Beat Me Down" fights the forces that would hold Bowen back, but it's also a witness to what kind of wild boy this confused and contrite man can be. Equally fragile, but resolved, is a duet with songwriting legend Guy Clark on Townes Van Zandt's "To Live Is to Fly." There is an earthiness to the instruments. The warmth of the acoustic guitars and the sob of the steel keep things organic, and Bowen's voice is a mixture of bare wood and faltering desire. Maintaining who he is, Wade Bowen reaches over to Nashville without losing his soul.