The Fake Sound of Progress Review

Lostprophets are to nu metal what Bush was to grunge: Both are British groups that approximate the overall sound of those respective genres, both arrived right at the point said genres started to reach a critical mass, and both artists had vocalists who convincingly aped influential singers who came before them. In fact, as much as Gavin Rossdale was accused of trying to grift Kurt Cobain's very essence, Ian Watkins is just as guilty of reproducing Mike Patton's multi-faceted voice; whether it was sweet melodic intervention, the pseudo-rapping, or maniacal screaming, the entire Faith No More repertoire seems to be unleashed in The Fake Sound of Progress, the title alone a perfect set-up straight-line if you get right down to it. As hard as it was to get past Sixteen Stone's Johnny-come-lately vibe, so it is here on Lostprophets' debut. The contrived nature would be overlooked gladly if only any of the 11 tracks were well-written enough to stick in your head for a few minutes after fading out, but even that meager desire sadly remains unattained. The only redeeming quality is the great production by Michael Barbiero, that allows all instruments to be heard perfectly in all their ennui-inducing glory, proving that no matter how much you polish up a turd, it's still a turd. 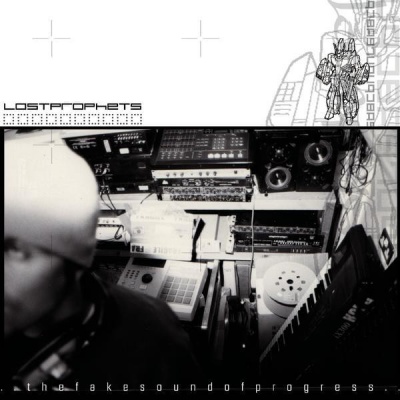