Roy Orbison has been in such need of a comprehensive, career-spanning compilation like Legacy's 2006 double-disc The Essential Roy Orbison that it's especially frustrating that it falls short of the mark. Not counting Bear Family's exhaustive 2001 set, which gathered everything Roy recorded between 1955 and 1965, including alternate takes, it is the first multi-disc Orbison compilation since 1988's four-disc box The Legendary Roy Orbison, which was released in the midst of his remarkable comeback that peaked the following year with the posthumous comeback Mystery Girl, which arrived too late to be part of Legendary. So, Orbison's catalog truly was missing a set that spanned from "Ooby Dooby," his first hit for Sun in 1956, all the way to his last charting single, 1992's "I Drove All Night." Essential attempts to do that, touching on every phase of his career -- the early rockabilly for Sun in the '50s, his cinematic hits for Monument in the early '60s, the cult classics for MGM in the late '60s, his '80s comeback -- over the course of 40 tracks. It gets a lot right, particularly on the first disc, which has most of the big hits from "Ooby Dooby" to 1964's "Oh, Pretty Woman," all presented in chronological order. Where things start to go wrong is on the second disc, where the comp suddenly abandons all pretense at chronological order, opening up with four cuts from Mystery Girl (including the hits "You Got It" and "She's a Mystery to Me"), before doubling back to the '60s for five MGM singles -- "Ride Away," "Crawling Back," "Best Friend," "Communication Breakdown," and "Walk On" -- then proceeding to the '80s, first with the Emmylou Harris duet "That Lovin' You Feeling Again" from the Roadie soundtrack, and then with re-recordings of "Running Scared" and "In Dreams," two '60s masterworks that are only available here in these solid but inferior remakes. The jumbled chronology results in a bit of a disconcerting listen, since the production styles don't comfortably sit together, but that would be easier to forgive if "Running Scared" and "In Dreams" were present in their original versions; without them, Essential isn't quite the concise, comprehensive collection it aspires to be. It's a major flaw, but not necessarily a fatal one, since the remainder of the set does offer his biggest hits -- "Only the Lonely (Know How I Feel)," "Candy Man," "Crying," "Dream Baby (How Long Must I Dream)," "Leah," "Blue Bayou," "It's Over," and "Pretty Paper" among them -- plus a good sampling of his lesser-known work, all in good fidelity. But it comes so close to being truly definitive that the few flaws in selection and sequence stand out all the more. 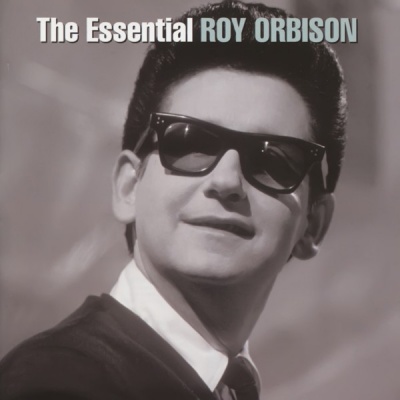