While this two-CD set does cover a lot of the material Maynard Ferguson recorded between the mid-'50s and late '90s, it suffers from a chronological imbalance that keeps it from living up to its title as the "essential" distillation of his work. It's heavily tilted toward his Columbia output, which is understandable given that Columbia/Legacy is the label that put out this compilation. But that means that his recordings from Roulette between the late '50s and mid-'60s -- a period in which he's usually regarded as having done some of his finest straight jazz music -- is underrepresented, with just three tracks coming from his time there. There aren't any recordings at all, in fact, from the years 1963-1969, and the anthology makes you feel as though you're listening to two different artists: one a credible straight-ahead jazz trumpeter, the other a highly skilled one who embraced the most commercial side of jazz-pop. So listening to the collection, you can hear why he's both respected (for his trumpet playing, especially in the upper register) and reviled (for his rock-funk-pop-disco-oriented arrangements, especially in the mid- to late '70s) by jazz fans in almost equal measure. Listeners who are more pop fans than jazz fans, however, will be pleased that his '70s material comprises about half this set, including, yes, his 1977 Top 30 pop hit "Gonna Fly Now," famous from its use in the Rocky film. His more conventional jazz talents, it should be stated, are acknowledged on the early material that occupies much of the first disc. Overall, however, it's one of those uncomfortable mixes in which admirers of one portion of the compilation might have little enthusiasm for the other. 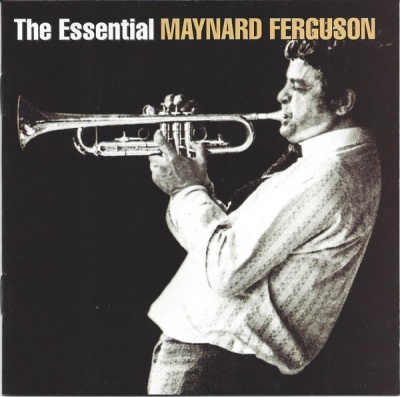