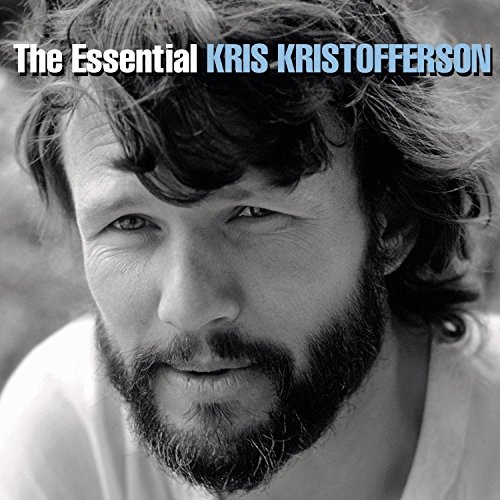 The two-CD Essential Kris Kristofferson compilation isn't a balanced retrospective of his lengthy career, heavily emphasizing his 1969-1971 recordings, which in fact comprise all of disc one. And it doesn't represent many of his albums at all (particularly the ones not done for Monument or Columbia), including just one post-1985 track. On the other hand, for the vast majority of Kristofferson listeners who want a best-of that offers more than a single-disc greatest-hits anthology can, it serves its purpose well. His best-known songs are here, in the original Kristofferson-sung versions: "Me and Bobby McGee," "Help Me Make It Through the Night," "Sunday Mornin' Comin' Down," "Why Me," and "For the Good Times." His earliest Monument records are sampled particularly deeply, with no less than nine of the 12 songs from his 1970 debut, Kristofferson, appearing. Still, there's no doubt that his early work was his most popular and best, and the disproportionate representation allows for the appearance of good songs from the era that escape skimpier greatest-hits collections. And there's no doubt that disc two, devoted almost entirely to post-1971 material, is less impressive and consistent, not to mention more haphazardly organized in its chronology, with the 1972 track "Why Me" appearing as the second-to-last cut. Room's also made for a few songs Kristofferson recorded with others, those being "I'd Rather Be Sorry" (a duet with Rita Coolidge), "Highwayman" (done with Waylon Jennings, Willie Nelson, and Johnny Cash), and "How Do You Feel About Foolin' Around" (on which he paired with Willie Nelson).