It's almost unthinkable that contemporary gospel star Kirk Franklin hasn't had a greatest-hits offering before now. He sold over seven million records between 1993 and 2011, and that total continues to rise. In addition, Franklin is a true crossover artist: his recordings have consistently charted on the pop, R&B, and gospel charts. Sony Legacy lays out this eclectically sequenced double-disc comp full of singles and album tracks from all of his Gospocentric recordings. As if to showcase just how wide-ranging Franklin's music is, the album opener -- a live "He Reigns/Awesome God (The Medley)," from his 2002 album The Rebirth of Kirk Franklin -- weaves together hip-hop, gritty contemporary soul, contemporary gospel, and the norteño and conjunto sounds Franklin grew up with on the radio and in the streets of Riverside, Texas. The accents on sopranos, altos, and contraltos weave through the beat-heavy Spanish guitar arrangement, and genuinely stir the listener -- no matter her or his belief system. The track that started it all, the stellar single "Why We Sing" from 1993's Kirk Franklin & the Family, also appears on disc one, as do cuts from Hero (an album that featured guest appearances by Rance Allen and Stevie Wonder) and Songs for the Storm, Vol. 1. Disc two also relies on tracks from those offerings and includes the funky “Looking for You,” which contains a sample from Patrice Rushen's stepper “Haven’t You Heard,” delves more deeply into cuts from Songs for the Storm, Vol. 1, and includes "Revolution" from Nu Nation Project, “Let Me Touch You (Live)” from 2001’s Whatcha Lookin’ 4, as well as “I Am” and the title track off 2011’s Hello Fear to bring things up to date. There are 28 completely remastered cuts in all, spanning 18 years, totaling two-and-a-half hours of music. The set also comes with an historical liner essay by Bil Carpenter, and sells for a very attractive budget price. While fans of Franklin will more than likely have these tracks from his albums, hearing them sequenced this way makes for an enlightening experience. For the curious, The Essential Kirk Franklin also provides a very solid introduction to one of the most dynamic artists gospel has produced since Andraé Crouch. 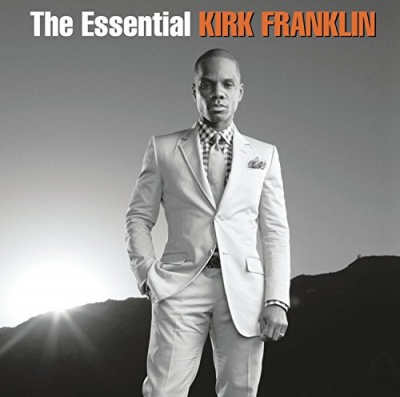