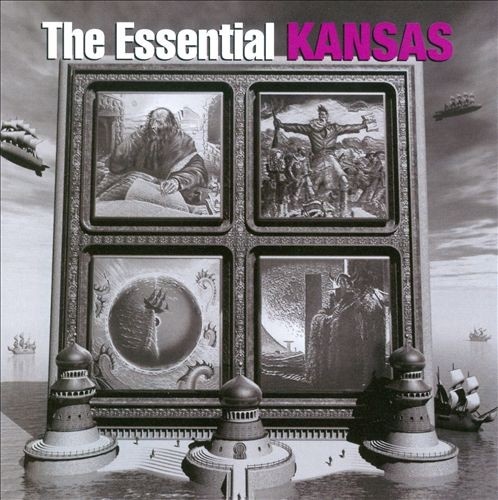 Epic/Legacy's double-disc set The Essential Kansas pretty much fulfills the promise of its title. Although it doesn't delve into the group's latter-day recordings for MCA and other labels, that's not a problem because most listeners -- whether they're fairweather or dedicated fans -- will want to concentrate on the group's peak in the '70s, which is precisely what this does. Over the course of 26 tracks, all the hits and album-oriented radio staples are featured, usually in their full-length album versions, plus a number of fan favorites and key album tracks that help draw a full picture of what the group did. The remastered and expanded single-disc The Best of Kansas remains the best bet for the casual fan, since it has all the big hits on one disc, but anybody seeking to dig deeper than the hits and radio favorites -- without actually hearing the original albums -- should turn here, since its selection and sound is better than the three-disc box.