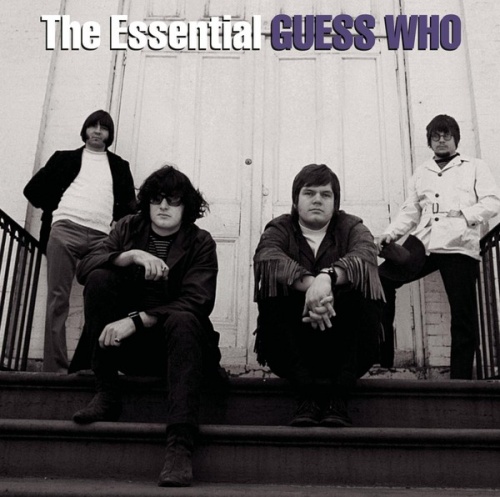 For a hard-working little bar band from Winnipeg, Manitoba, the Guess Who, led by pianist and singer Burton Cummings and guitarist Randy Bachman, did OK for themselves, charting international pop hits that were as subtly intelligent as they were quirky from the British Invasion era of the mid-'60s through the Woodstock/FM era of the early '70s, managing to somehow craft an impressive series of radio singles as the social and cultural ground shifted beneath them. This two-disc, 39-track set collects all of those singles, from the group’s fiery 1964 cover of “Shakin’ All Over” (sung by Chad Allen -- Cummings hadn’t yet joined the band) through 1974’s willfully nostalgic “Clap for the Wolfman,” which was to be the Guess Who's last big radio hit -- they disbanded a year later in 1975. In between they released classics like the gorgeous ballad “These Eyes,” the Zombies-like “Undun,” the fuzz guitar-laced “No Time,” a subtly veiled critique of American capitalism, “American Woman,” the marvelous pop songs “Hand Me Down World” and “Bus Rider,” the stomping “Heartbroken Bopper,” and the driving, slightly sarcastic “Star Baby,” and each of these is collected here, among other interesting tracks. In retrospect, the Guess Who, particularly in the hands of Cummings, brought an intelligent, maverick, and politically critical tone to the radio airwaves during their run, managing to make it all wonderfully hummable. The essentials from this funky little pop band are all here.