The Element of Freedom Review

Don’t mistake the presence of Jay-Z and Beyoncé on Alicia Keys' fourth album as evidence that the singer/songwriter is burrowing into modern R&B -- take it instead as evidence of the rarefied company Keys keeps, her status as a superstar so solidified that the only cameos possible are R&B/hip-hop elite. Superstars are often given leeway to do anything they want, and so it is on The Element of Freedom, where Keys dials back the outward expansion of As I Am and turns inward, creating a clean, small-scale collection of ballads and Prince-inspired pop. Always apparent on Alicia’s albums, that Prince influence is underscored by how she’s swapped the retro-soul instrumentation of her earliest music for electronics, but she’s retained the warmth, the throwback sensibility and, especially, a sense of reserve, never getting too heated or gauche. This does mean the Prince elements feel more NPG than Revolution, but Keys trademark always has been an easy elegance. On The Element of Freedom, that elegance is so easy it borders on the sleepy, with Keys’ understatement undercutting livelier numbers -- chief among them the bubbly Beyoncé duet “Put It in a Love Song” -- so they play as ballads. This isn’t a complaint so much as a characteristic: her voice may crack on “Love Is My Disease,” but Keys never gets gritty, she remains reserved, never letting her singing or arrangements obscure the melodies or the classy veneer of the entire proceedings. All this determined detachment keeps The Element of Freedom from packing a primal, passionate punch, but there is charm in Alicia’s enveloping, quiet cool: she may never break a sweat, but she knows how to sustain a sultry, not necessarily sexy, mood, and she does so here quite fetchingly. 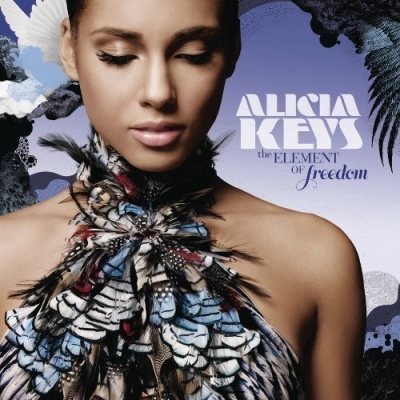 The Element of Freedom Album Information