Between 1976 and 1987, the Alan Parsons Project released ten studio albums, most of them going at least gold in the U.S., several generating big hit singles, too. This was enough to sustain a vigorous cult audience well into 2014, which is when Legacy boxed all ten of the Alan Parsons Project albums, adding the scrapped 1981 record The Sicilian Defense to bring in the hardcore who already have purchased this catalog several times over, including deluxe editions that contain bonus material nowhere to be found here. Aside from The Sicilian Defense, a tedious exercise in art rock designed to get APP out of their contract with Arista (it's hard not to see why the label asked them to go back in the studio; The Sicilian Defense is all formless instrumentals, lacking the drama of 1980's The Turn of a Friendly Card or the crossover soft rock of 1982's Eye in the Sky), extras aren't the reason to get this set. This is, like so many similar box sets in the 2010s, a tidy and affordable to get a good-sounding, good-looking complete discography from a notable album rock artist, so if you happen to be in the market for a deep dive into the Alan Parsons Project, this is the way to go. 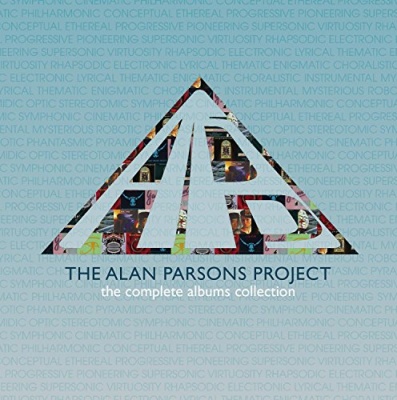