This 17-disc box set from Sony Legacy includes bonus track-laden, remastered versions of almost all of the iconic New Wave of British Heavy Metal outfit's studio albums. The Complete Albums Collection is a bit of a misnomer, as it omits 1997's Jugulator and 2001's Demolition, both of which featured former Judas Priest tribute band vocalist Tim "Ripper" Owens in place of Rob Halford, but as both of those records were largely ignored (and rightly so) by longtime fans, it's hardly worth crying over. Stocked with classic albums (Sad Wings of Destiny, British Steel, Screaming Vengeance), classic tracks ("Hell Bent for Leather," "Breaking the Law," "Metal Gods," "Electric Eye"), and a 40-page booklet, The Complete Albums Collection is a treasure trove of metal goodness from a giant of the genre. 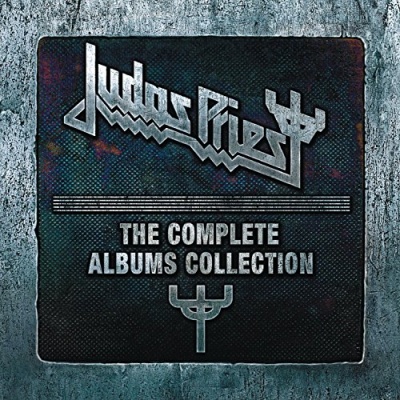