Rhino remastered and expanded Paul Simon's Warner catalog in 2004, boxing up the nine albums released between 1972 and 2000 as The Complete Studio Recordings. This archival work provides the foundation for Legacy's 2013 set The Complete Album Collection, which supplements these expanded reissues -- a total of 30 bonus tracks were added to the nine albums, including demos, alternate takes, outtakes, non-LP material, and live cuts (but no original hit version of "Slip Sliding Away," an oversight that remains on this 2013 box) -- with the two live albums released on Warner (1974's Paul Simon in Concert: Live Rhymin', 1991's Concert in the Park), the 1965 curiosity The Paul Simon Songbook that he recorded in the wake of the disappointing reception to Simon & Garfunkel's 1964 debut Wednesday Morning 3 AM and, most importantly, the two excellent albums Simon released after 2004: 2006's Surprise and 2011's So Beautiful or So What. This means The Complete Album Collection is Paul Simon's Complete Recorded Works -- minus Simon & Garfunkel, of course, along with "Slip Sliding Away" -- and, as a whole, it is a mightily impressive body of work, showcasing an artist who remains restless and curious four decades into his career. Here, the low points and transitional albums don't seem like egregious missteps -- the roundly lambasted Songs from the Capeman has elements that have aged well -- but rather part of the overall journey. There may not be much in the way of liner notes -- there are album details and an overall intro from Ashley Kahn, a music journalist and professor who was also Simon's tour manager during the Graceland years -- but the package is handsome, presenting each CD as a mini-LP, the sound is terrific, the price is affordable, and the scope is complete, so The Complete Album Collection is in every way an upgrade over the previous The Complete Studio Recordings. 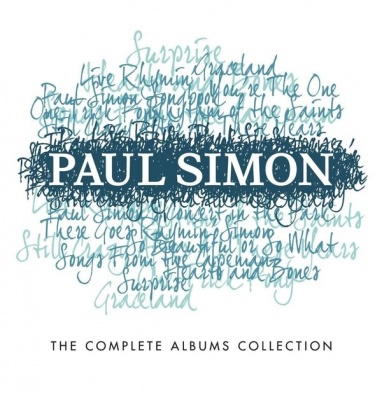