One of modern gospel's most influential and emotionally piercing vocal powerhouse groups got back together in October 2001 at Detroit's Straight Gate Church, with spectacular results that could suck even a hardened skeptic into God's kingdom without protest. The joy is contagious, the brassy rock-soul arrangements tight and explosive, and the vocals by such now-solo stars like Fred Hammond (who produced and arranged the music and vocals on the project) and Marvin Sapp are deep, hip, and spiritual gold. Hammond and Michael Brooks split the bulk of the songwriting, making even overused title concepts like "You've Got a Friend" and "Back in the Saddle" exciting in execution, as the crowd roars and praises along. There are a few softer moments, like the disc one closer "Lay Your Troubles Down," where the group sounds like a larger version of Take 6. Hammond's Radical for Christ and Kirk Franklin's groups rule the roost in modern male gospel, but it's clear that the Commissioned's earlier efforts made all of that possible. Wild, crazy, and fun, without taking the focus off the source of it all. 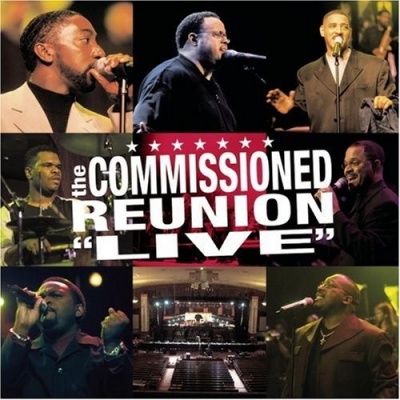