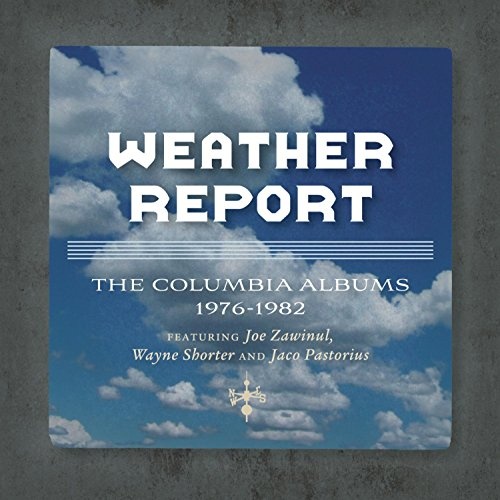 The Columbia Albums 1976-1982 anthologizes the Jaco Pastorius era of Weather Report. Black Market (1976), Heavy Weather (1977), Mr. Gone (1978), the mostly live 8:30 (1979), Night Passage (1980), and Weather Report (1982) are packaged in LP replica sleeves that are sturdy but not as high quality as a standard Japanese reissue. Each disc features reproduced front and back artwork. As detailed by liner notes author Richard Seidel, the box contains 12 bonus tracks, including all the cuts from the 2002 compilation Live and Unreleased that feature Pastorius, as well as material from the 1979 Havana Jam. The 19-page booklet also features full track-by-track credits and session data. While it might seem like quite a plunge for newcomers, the set -- when it was released in 2012 -- originally sold for roughly the price of three full-price CDs.