Simply put, this is another of Sony Legacy's three-pack deals. In these collections, they place three well-known albums by a major artist in a slipcase for a budget price; that's it. In this case, it happens to be three very desirable and influential albums by Miles Davis. Interestingly, these are not placed in chronological order, but it makes little difference. Sorcerer was recorded with Miles' last great quintet of pianist Herbie Hancock, saxophonist Wayne Shorter (who wrote most of the tunes here), drummer Tony Williams, and bassist Ron Carter, and was issued in 1967; Kind of Blue is regarded by some as the greatest jazz album of all time featuring saxophonists John Coltrane and Cannonball Adderley along with pianists Bill Evans and Wynton Kelly, bassist Paul Chambers, and drummer Philly Joe Jones. It was issued in 1959. Finally, there's Davis' groundbreaking album, regarded as his first electric recording, In a Silent Way, from 1969. It features bassist Dave Holland in place of Carter, guitarist John McLaughlin, and keyboardists Chick Corea and Joe Zawinul in addition to Hancock. These three recordings signal important shifts in Davis' long career, and serve as a fine introduction to his Columbia period. 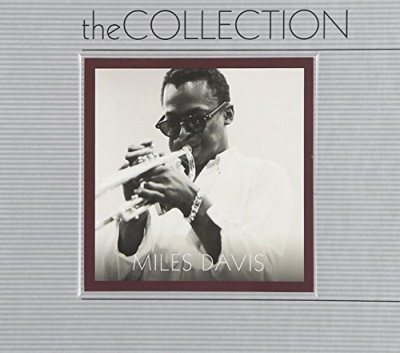 The Collection: Sorcerer/Kind of Blue/In a Silent Way Album Information