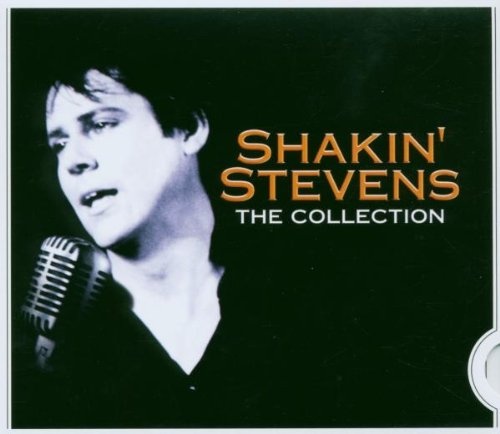 While there may not be many Shakin Stevens fans left here at the dawn of the 21st century, there are perhaps enough to take great delight in this double-disc set that collects the British rockabilly artist's many singles -- there are 25 cuts on the CD -- and also includes a live performance DVD (with the UK import version only). Stevens burst onto the scene at the dawn of the 1980s performing a roots rock style that was in fact both dated and timeless. His readings of Dave Alvin's classic "Marie, Marie" (right after the Blasters' version tanked) and Stuart Hamblen's "This Ole House" became nearly definitive versions as he used his '50s warble combined with a full and rich baritone. Stevens could sing country, blues, R&B, and (of course) rockabilly with equal acumen, as this excellent collection bears out. There have been many compilations over the years, but none are this extensive or pervasive in covering his underappreciated career. The DVD included with the import version offers proof as to why Stevens sold out concert halls all over Europe and Japan. This is a dynamite find.