Never Mind the Bollocks may have appeared revolutionary, but the Clash's eponymous debut album was pure, unadulterated rage and fury, fueled by passion for both rock & roll and revolution. Though the cliché about punk rock was that the bands couldn't play, the key to the Clash is that although they gave that illusion, they really could play -- hard. The charging, relentless rhythms, primitive three-chord rockers, and the poor sound quality give the album a nervy, vital energy. Joe Strummer's slurred wails perfectly compliment the edgy rock, while Mick Jones' clearer singing and charged guitar breaks make his numbers righteously anthemic. Even at this early stage, the Clash were experimenting with reggae, most notably on the Junior Murvin cover "Police & Thieves" and the extraordinary "(White Man) In Hammersmith Palais," which was one of five tracks added to the American edition of The Clash. "Deny," "Protex Blue," "Cheat," and "48 Hours" were removed from the British edition and replaced for the U.S. release with the British-only singles "Complete Control," "(White Man) In Hammersmith Palais," "Clash City Rockers," "I Fought the Law," and "Jail Guitar Doors," all of which were stronger than the items they replaced. Though the sequencing and selection were slightly different, the core of the album remained the same, and each song retained its power individually. Few punk songs expressed anger quite as bracingly as "White Riot," "I'm So Bored with the U.S.A.," "Career Opportunities," and "London's Burning," and their power is all the more incredible today. Rock & roll is rarely as edgy, invigorating, and sonically revolutionary as The Clash. [In 2000, Columbia/Legacy reissued and remastered the album to include the U.K. songs.] 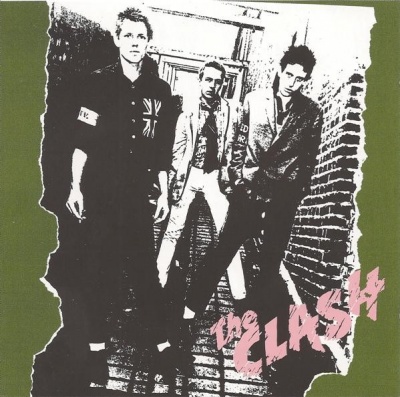