Like any union that carries some measure of professional convenience, the Civil Wars encountered difficulties as they began to mature. Unlike other groups whose history extended to a professional gathering of songwriters and singers, the duo of Joy Williams and John Paul White were blessed with considerable immediate success: their 2011 debut climbed its way into the U.S. Top 10, going gold and winning two Grammys along the way. Any other band would've basked in such success, but the Civil Wars began to splinter, announcing in November of 2012 that they were taking a hiatus, leaving behind this, an eponymous second album (along with a soundtrack collaboration with T-Bone Burnett for the documentary A Place at the Table). The Civil Wars doesn't feel unfinished, but it does contain some loose ends that are even more apparent after the refined execution of Barton Hollow, which was an album that glided along upon its own cool reserve. Williams and White hardly abandon that sense of quivering, dreamy sweetness -- the very way they harmonize avoids any dirt or grit -- but they surround themselves with darker colors on The Civil Wars, occasionally opting for bigger, bolder arrangements that underline either the melancholy or yearning underpinning their songs. Cannily, the duo sequence the album to open with a couple of their moodier pieces -- "The One That Got Away," where Williams leans into her phrasing in a manner reminiscent of Amy Lee, and "I Had Me a Girl," a remnant from their Rick Rubin collaboration -- and they occasionally return to such charged sturm and drang, including the neo-gothic melodrama of "Devil's Backbone." Elsewhere, they kick up the tempo and spirit a notch -- "From This Valley" contains echoes of Appalachia and is livelier than anything on Barton Hollow, "Oh Henry" is spare and twitchy like a nerve -- but the duo remain entrenched in harmonies so close they ache and guitars that strum their support without ever gaining attention. Lyrics hint at disquiet beneath the surface, but so much of The Civil Wars can be appreciated merely upon that surface, hearing Williams and White ease into their harmonies as they tastefully conjure spirits of the past to inhabit the present. Ultimately, the Civil Wars are impeccable craftsmen, taking weathered elements and repurposing them for something that feels new and never haunted by what came before. 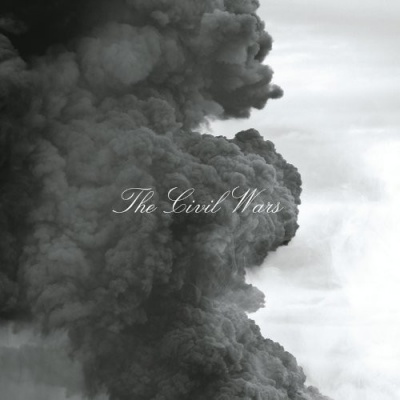