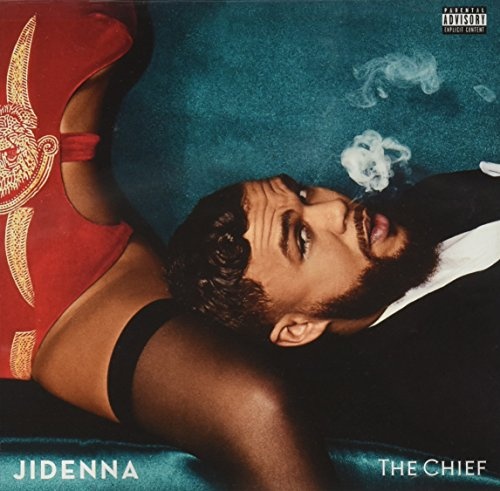 Rapping, singing, writing, and producing Nigerian-American Jidenna Mobisson, a slick fit for Janelle Monáe's Wondaland organization, debuted in early 2015 with "Classic Man." Months passed before the modern dandy's theme took hold, but it threatened the pop Top 20, went platinum, and was nominated for a Grammy. Two years to the month the official video for "Classic Man" was uploaded, Jidenna finally released his first LP, its sleeve an homage to that of Middle Man, the 1980 album by fellow one-time Wisconsinite Boz Scaggs. During the intervening period, Jidenna released several individual cuts in an array of styles, from the EDM-trap hybrid "Extraordinaire," wisely excluded here, to the pounding/prodding "Long Live the Chief," a deceptively old-school inclusion and highlight. On The Chief, Jidenna is accompanied most frequently by "Classic Man" co-producers Nana Kwabena (ten tracks) and Nate "Rocket" Wonder (three), with an additional supporting cast of over a dozen, from Hit-Boy to Andrew Horowitz. What's thrown, including tepid trap beats, passable tropical pop-house, and overly fanciful retro-contemporary touches, doesn't always stick, yet Jidenna's charismatic flair and sharp writing make almost all of it entertaining, rarely dull. In a way, he's a Kid Creole for the 2010s, mixing and matching old and new cross-continental sounds with a twinkle in his eye, a glide in his stride, and a special knack for storybook-style narration. Likewise, beneath the flash, there are cunning lyrical and musical details that don't translate until third and fourth plays. Beyond "Long Live the Chief," a bright future is indicated in several cuts, including a front-loaded pair of adventurous tales over pulse-quickening rhythms intensified with electronic blips and blaring horns. Beyond all the swashbuckling, most notably there's "Bambi," a Laba Sosseh-sampling doo wop/trap fusion about a lost love. There's also the soul-dipped table-turner "White N****s," as well as a grand finale in which Jidenna contemplates personal development and institutional racism and addresses his late father: "I remember in '08, when you cried for Obama/If you were here today, you would cry for tomorrow." The grim truths and fantastical tales are almost equally vivid.