The soundtrack to Jim Carrey's black comedy The Cable Guy is a typically uneven set of alternative hard rock. None of this material has appeared on albums or singles before and, unfortunately, much of this does sound like leftovers or rejects, particularly offerings by the Toadies, $10,000 Gold Chain and Silverchair. However, Jerry Cantrell's contribution rocks as hard as any Alice in Chains track, Porno for Pyros' Lou Reed ("Satellite of Love") cover is affectionate, and Jim Carrey's over-the-top rendition of "Somebody to Love" is very funny. In fact, it's the best moment of the album. Come to think of it, it was the best part of the movie, as well. 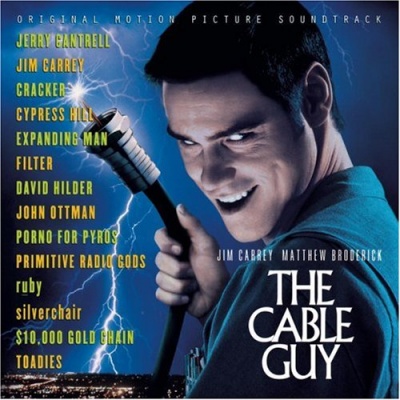