"I'll do this one more time and if I can't do it, we'll do another song. I'll do any song as good as I can do it the first time."

Bob Dylan says these words once his first solo take of "Love Minus Zero/No Limit" breaks down after a minute. Dylan's definition of "good" is fluid, of course. Sometimes, a first take satisfied him -- "Maggie's Farm" and "Gates of Eden" are two prime examples -- but often he'd find he could do a song better or at least do it differently, swapping out words, speeding up the tempo, and changing the feel, occasionally radically transforming his song. Sometimes, these radical transformations are the versions that found their way to the finished record, so they're now seen as etched in stone but The Cutting Edge 1965-1966, the 12th volume of The Bootleg Series, shows Dylan didn't enter the studio with posterity in mind when he went to cut Bringing It All Back Home, Highway 61 Revisited, and Blonde on Blonde: he was making music of and for the moment.

Familiarity hasn't necessarily dulled the impact of these three records, all written and recorded within a span of 14 months -- a period of time when Dylan also filmed Don't Look Back, electrified the Newport Folk Festival, and was declared a Judas at the Royal Albert Hall -- but they have made them seem inevitable, works carved out of granite whose fates were preordained. The gift of The Cutting Edge is that it makes this, the greatest run of creativity in Dylan's career and perhaps in rock & roll in general, once again seems wild, nervy, and quicksilver, upending expectations and undercutting conventions. Within one of the three sets of liner notes, Bill Flanagan calls these six discs of outtakes, alternates, and rehearsals "work tapes," which is technically true, but undersells how this music crackles as it shape-shifts, sometimes soaring, sometimes stumbling, but always feeling fiercely alive. If it's difficult to claim that a solo "Bob Dylan's 115th Dream" and a locomotive "Visions of Johanna" recorded with the Band are superior to the versions on Home and Blonde, they're nevertheless magnificent in their own right while also shedding light on how Dylan worked; with producer Tom Wilson, the singer/songwriter wasted no time, while Bob Johnston allowed Bob to twist and test his songs, letting him discover the soul that lay within. Along the way, Dylan was truly fearless -- he'd goose a tempo to see if it gave a ballad life, he'd let Mike Bloomfield and Robbie Robertson run wild; the fact that he abandoned a song as wonderful as "She's Your Lover Now," possibly because it never quite withstood such stress tests, speaks volumes -- and among the many gifts The Cutting Edge has to offer is that it illuminates these three great records while also illustrating that they were just mere snapshots in time. By breaking down the barriers that separated these three albums, The Cutting Edge shows how for Dylan during this blinding, brilliant peak his music was a living thing, evolving from song to song, take to take, where the quest itself was as transcendent as the final destination. 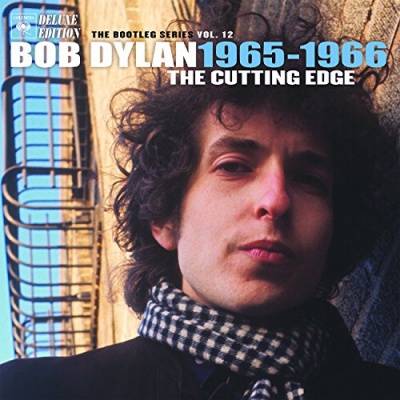