Steve Khan's second release was a self-produced/arranged gem. It was similar in many respects to his prior debut, yet fans will probably recall this release as their all-around favorite from Steve Khan's '70s era recordings. The horn section and solos are still there, but Khan does more conversational soloing with the reed lines. This is especially evident on "An Eye Over Autumn," and its fusion jam-fest.

The Blue Man might seem, overall, tighter, focused, and polished, and Khan's guitar tone more overdriven, more jazz rocking, and intensely penetrating in solos and intricate ostinato embellishment around song themes. The delicate reverb, delay, and crystal-clear tones on his solos are rarely heard done so well these days. Khan shows a mastering of tone and subtle bends. His phrasing is so melodic and emotionally rich that it delivers a spine-chill "rush" nearly every ten or fifteen notes. The keyboards and vibes are wonderful, sexy-silky-smooth, like a fine wine, Steely Dan, jazz rocker ballad throughout. Horns do more staccato bursts, and the percussion is more varied and polyrhythmic, becoming outright funkified boogie in places. That Latin-flavored Santana-esque groove slips through in spots. Khan again offers a beautifully executed acoustic/electric guitar outing, echoing a Larry Coryell friendship on "Daily Valley."

This release is excellent. It's no wonder his name is resident now with the lists of the great jazz guitarists of fame and genius. 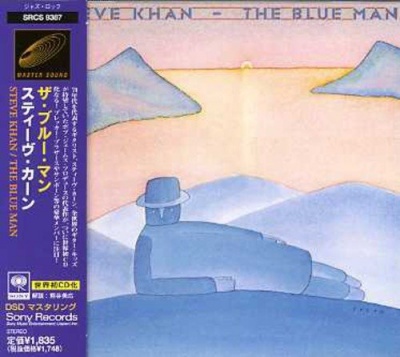