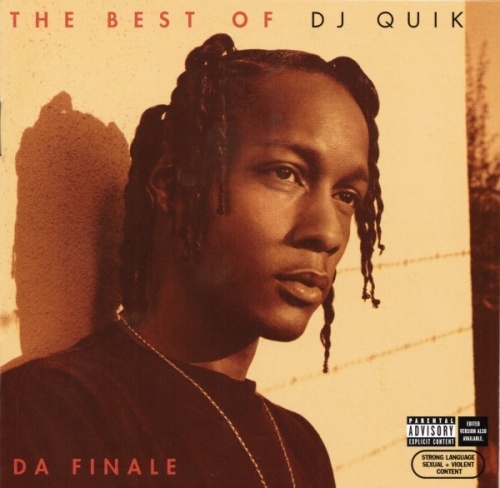 Supposedly, DJ Quik's last solo album, The Best of DJ Quik: Da Finale, is an awesome collection from an excellent rapper who is much better known for his production skills. Quik has worked with an incredible amount of superstars including Janet Jackson, 2Pac, Snoop Dogg, Talib Kweli, Whitney Houston, and Dr. Dre, but his rapping is a whole other universe. Coming straight outta Compton's mean streets in 1991, Quik had a style not so different than Eazy-E, though Quik is a more accomplished rapper with better vocal skills. Though Quik rapped about the hood and didn't shy away from telling it like it was, he generally concentrated more on party-oriented jams, rather than the gangsta raps which ruled the hip-hop scene in the early '90s. That's not to say that Quik didn't rap about gangs, but he didn't over-glamorize that scene the way many others did. Quik released six albums and they are well represented in these 19 tracks. "Tonite," "Born and Raised in Compton," and "Loked Out Hood" are classic tunes from his debut album, Quik Is the Name, that feature some of the best hip-hop grooves from that period. Other songs like "Just Lyke Compton" from Way 2 Fonky and "Pitch in ona Party" from Balance & Options couldn't be any catchier. The two new tracks, "Streetz Is Callin'" and "Quik's Groove VII" are not essential, but for folks who don't have many or any of Quik's solo albums, this collection is recommended.