The Best of Dance Mania Review

Something of a re-release of the Dance Mania album(s) that Tito Puente released in the '60s, this album includes all of the master takes (those included on the albums) as well as a large number of outtakes. On top of this, a few of the master takes here include extraneous recording time (count offs, band directions, etc.) for the purpose of luring collectors into buying the album. However, the main advantage of this album over the much earlier ones is probably twofold: First of all, it's readily available whereas the others likely aren't, and secondly, the remastering does wonders for the music. Puente always tried to keep a nice clean arrangement, and this helps to show his vision. The highlights are far too many to mention separately -- they encompass basically every one of the master takes (about half of the songs on the album). As an added treat for listeners, this is also the debut recording of vocalist Santitos Colon. Pick it up if you're at all interested in what Tito Puente could do in the late '50s and early '60s. 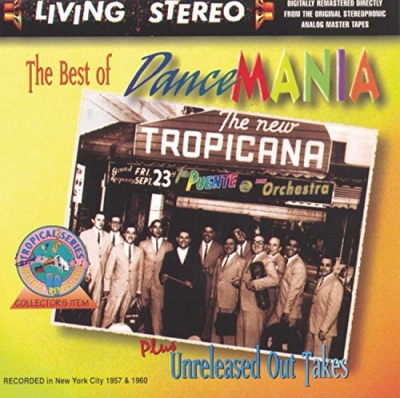